The Infomaniac (shortened in the game files to INFOMAN) is a non-playable character in LEGO Island. He is arguably the most prominent and recognizable character in the game, appearing several times throughout as the main guide for the player. He is voiced by Patrick Hagan.

The Infomaniac was conceived by lead designer Wes Jenkins.[1] According to an interview with him, all of the game's main characters were based on Howard Gardner's theory of multiple intelligences, and each character was designed to have definitive strengths that each player could potentially see themselves through. While Jenkins didn't intend it, it is a commonly believed the character bares a strong resemblance to him.

The model used in the FMV cutscenes features clear differences from the in-game model. The Infomaniac's hands are different colors, his head and arms are proportioned differently, and his hat is aligned differently.

Curiously, the win cutscene model is much closer to the in-game model: 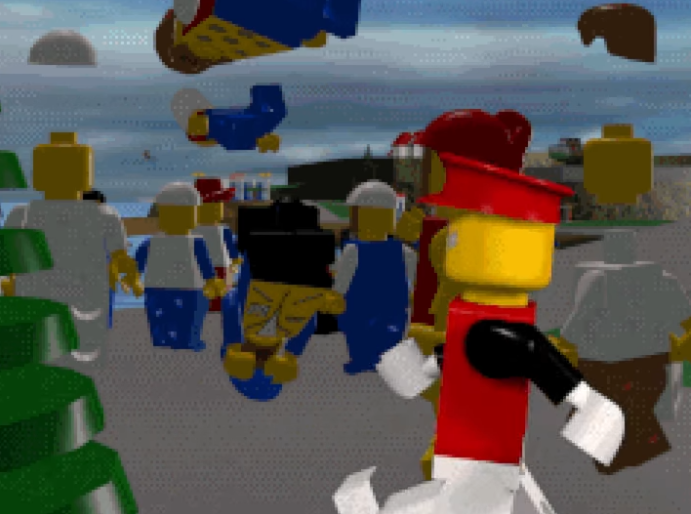